How To Stabilize Shaky Footage With Motion Tracking in After Effects 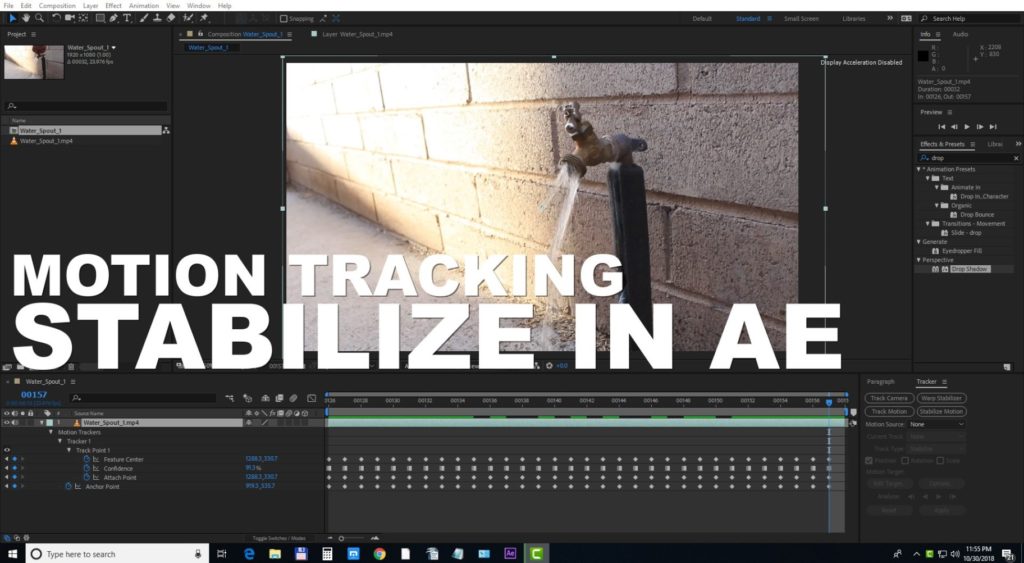 About the stabilize motion effect.

If the footage is very shaky, you might need to stop the analyzer and adjust things multiple times by hand or even going forward and backward with the tracker, but the effort will be well worth it as it will result in a perfectly stabilized footage.

Let’s go ahead and take a look at the steps

-Import your footage and create a new comp from it 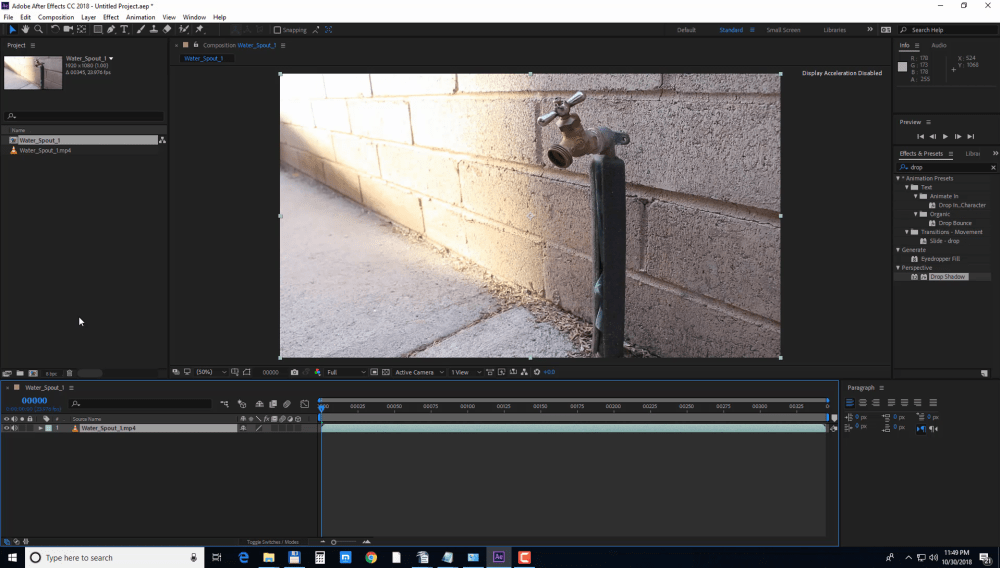 -Next, we’ll need to go to the Window menu and select “Tracker. At this time we cannot do anything with it so we’ll need to double click on the footage to open the layer panel 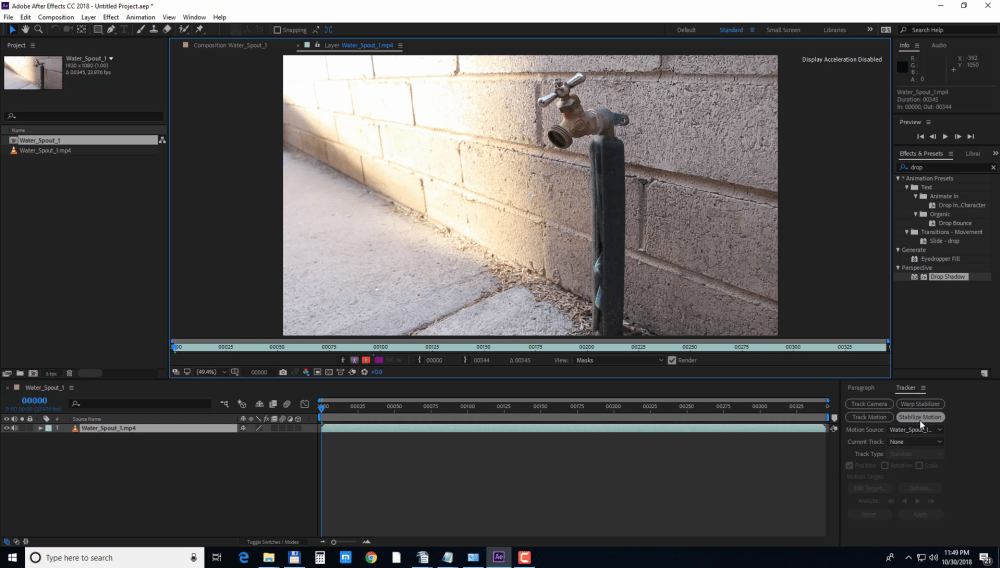 -We now have the option to track the motion or stabilize it. The process is identical. For now, we’ll click on the stabilize motion. We’ll get a target that consists of 3 things: an outer box, an inner box, and a plus sign. The plus is the key point as it generates the data. The other box is called the “featured region” 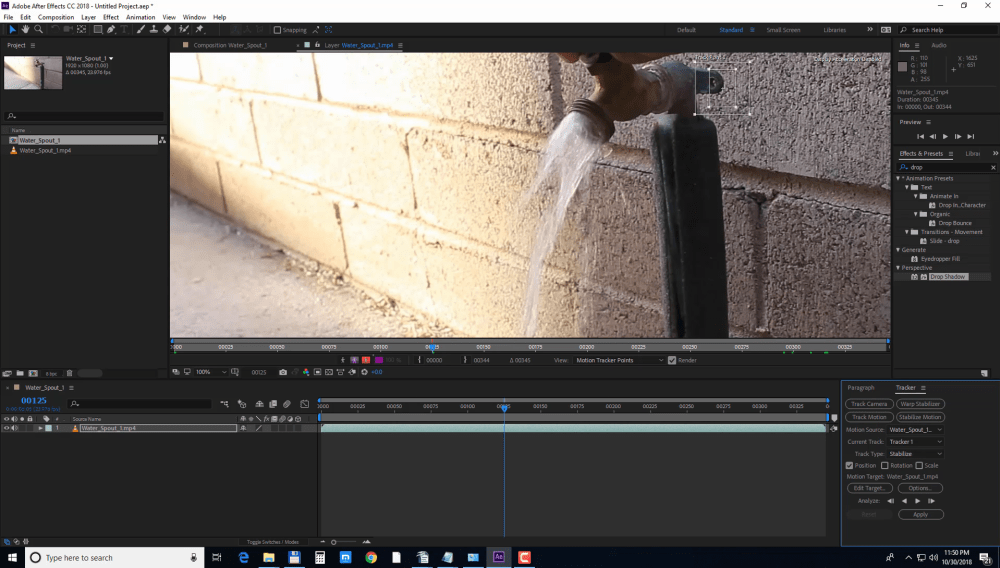 -Next, we’ll need to locate an object that we can follow throughout the course of the video. The object has to have motion and good contrast

-After location, the object, click and drag from the center of the featured region. A magnifying effect will show up to help us locate the tracking point. Resize the featured region and make sure it covers the whole object that you want to track 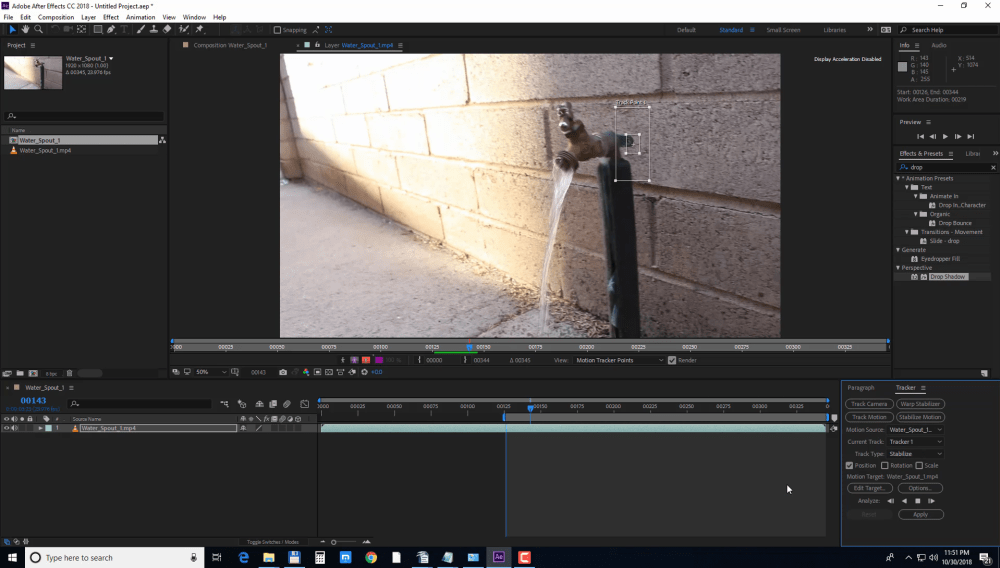 -The outer box is called the “search region” and you need to make sure it’s big enough so it can track the object from frame to frame. You can track from any point in time and you can track the footage forward or backward.

-Click the play button which is located inside the Tracker Panel and it will start to analyze forward.

-We need to make sure the tracker stays in place and the feature region and search region mode in tandem. If they tend to fall off to the side, stop the tracker immediately, re-adjust the search and features regions and press the analyze forward button to continue.

-So far we only had After Effects track the footage. There is no modification yet to the source footage layer. We need now to apply the stabilization values to our original footage. Click on “Edit Target” and choose the footage file then click OK. Next, click apply and select X and Y. 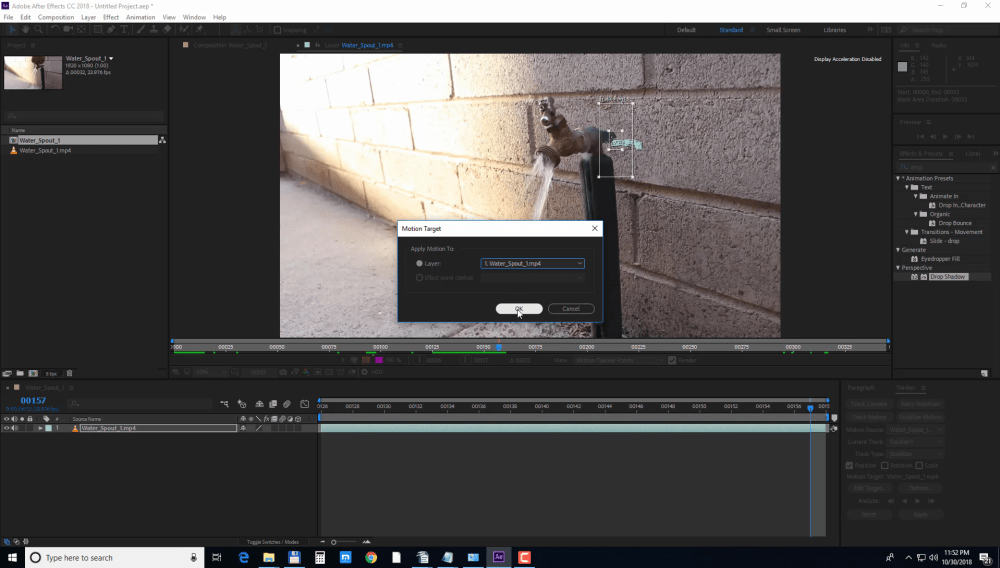 and this is how the applied track looks like 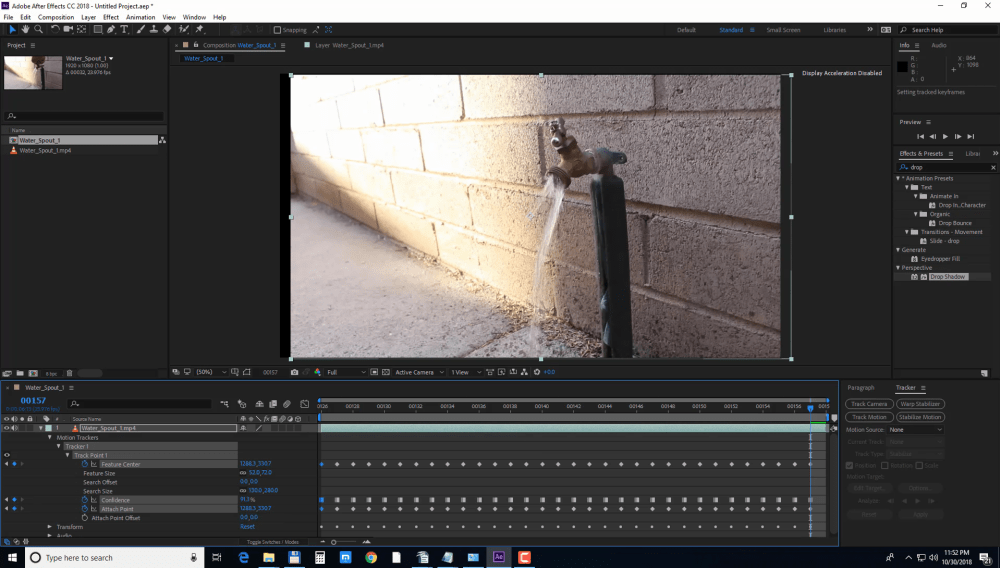 -Right now the footage is stabilized by there is a lot of blank space around the margins of the footage, so we’ll need to fix that up. If the footage is 1920×1080 pixels full HD, we can put it in a composition which is HD 1280×720 pixels or just scale up the footage until the black margins are not showing up anymore in the view panel. We will lose image quality but the footage will be stabilized 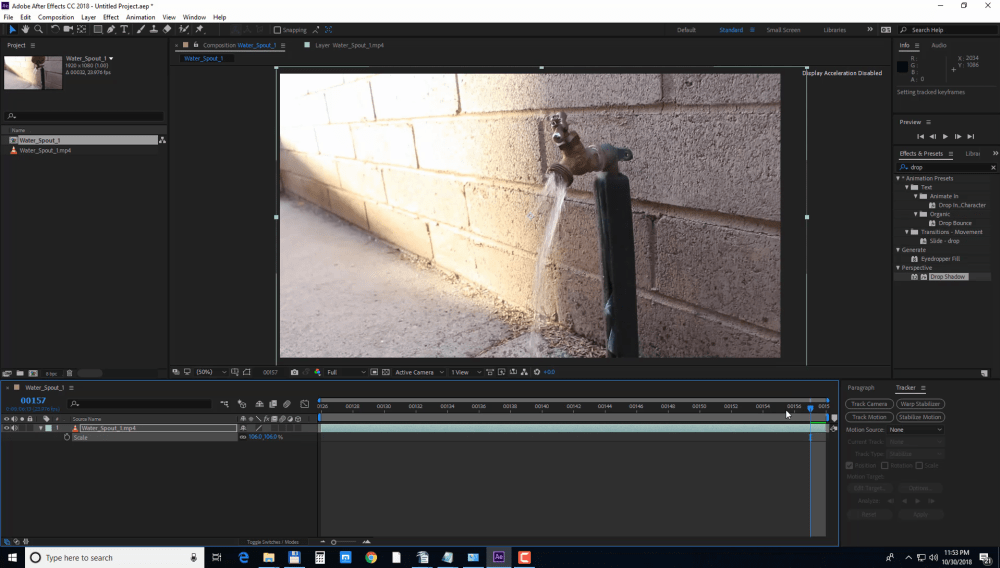