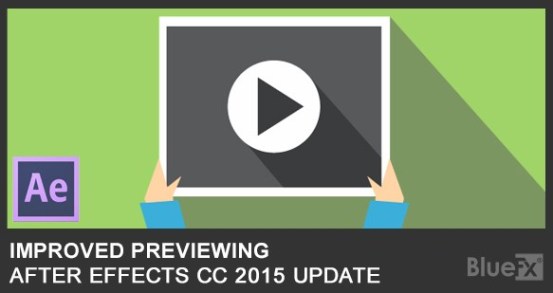 If you are lucky enough to be one of the members of our After Effects Academy, you must have already heard and even debated this issue with our Adobe certified instructor.

If not, then just let me remind you that Adobe released several updates to After Effects that has arrived in its 13.6.1 version.

There are noticeable changes or updates in:

For the moment, let’s focus on the improved preview.

In order to get your preview panel, just go to Window > Preview. Right there, check Preview.

You may think it’s kind of relatively small, right?

But you can drag it and expand the view.

Here’s the tutorial video that will show you the Adobe CC 2015 Improved Preview Options.

These are the new features now in Preview.

These features are connected to keyboard shortcuts. 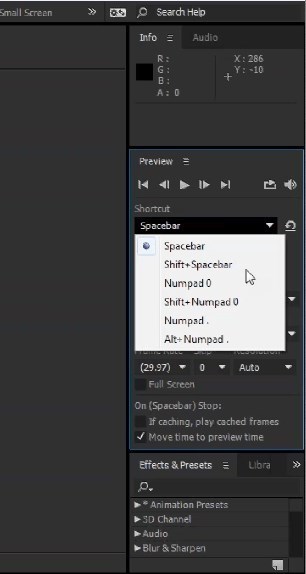 If you click this dropdown, you can see there are keyboard shortcuts associated with previewing.

Before that’s the spacebar but now that’s

And now, there are other options as well.

Each one has a different set of options for features associated with it.

The space bar will play the video. 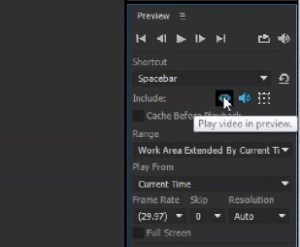 That’s the little eyeball there.

It will play audio and won’t play things like masks.

This won’t show the outlines of a mask.

Then the range is set here. 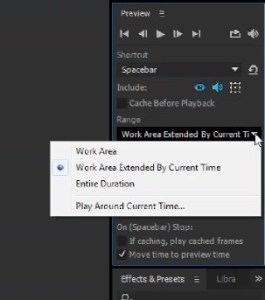 This is a new thing the way they described the work area extended by the current time.

Play around the current time is the latest thing.

You can pick a time and play before that time and after that time within the range and kind of loop around there.

That’s one of the options that shows up in one of these keyboard shortcuts.

You can also move the time to preview time which is a new thing.

It used to be that you would do RAM preview. It’s no longer called RAM preview so drop RAM preview vernacular. You’d do a RAM preview and you stop and immediately it will jump back to playing it. That doesn’t happen anymore.

In order to do a preview, you should press the spacebar. So that’s getting ahead.

This thing is actually previewing faster than it would do a non-linear editor.

I’ll stop it now and it moves the time indicator to wherever you ended the preview.

It may seem like a small thing but that is so much more logical now than the previous versions.

So there’s various options you can choose here depending on which keyboard shortcut you want to do.

These are all customizable. 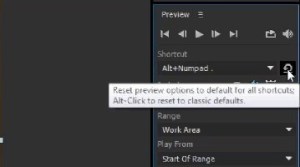 If you make changes and you decide that you don’t like the changes, you can always default back to the original like that by clicking that to return to the so-called classic defaults.

Preview has been changed pretty dramatically.

Did you like this article? Let me know what you think about it by dropping a few lines here in the comments.